Wow!  Long Island Breakfast Club has a new home! Check out the LI Herald’s article talking All about it! 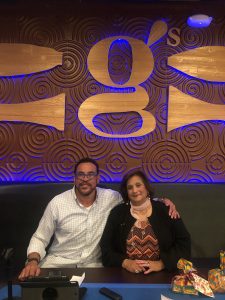 Having held meetings at different venues throughout Nassau County, the Long Island Breakfast Club has longed for a home to run their meetings. Founded in West Hempstead, the group will return home as they plan to host future meetings at G’s Dance and Night Club.

“It’s come full circle and it’s expanded, because for anything to survive, you have to change and adapt, and we have,” said Stephanie Carlino, a co-founder of the Breakfast Club. “I like that it’s back in West Hempstead where it all started and I think it’s a bigger, better venue. I’m so proud to have been a part of it since the beginning.”

The club offers employment and career counseling, workshops, interviewing classes and referrals, among other assistance, to help those seeking employment after losing jobs in middle age. The club also hosts monthly meetings, including sessions featuring motivational speeches and job interview discussions. Carlino said that when the group had formed in 2006, their goal was to support middle-aged residents who struggled to find jobs.

“Now we’re finding ways to help all people who struggle to find work,” Carlino said. “We just want to be there to meet the needs of the community. We hope to be there for people to provide advice and counseling in any way.”

Valentina Janek, another one of the club’s founders, said that since the pandemic began in March, she received several phone calls from residents on how the group could assist them. Supporting others during challenging times, Janek said, is what her group is all about.

“This club has gone too far for us to fail,” Janek said. “The bottom line is, we all need something like this. We have a home now where we can have more regular meetings and we can continue our mission.”

The collaboration with G’s, Janek explained, came when she invited the night club’s owner Gregg Cajuste, of West Hempstead, on the Breakfast Club’s radio show last year. Cajuste was invited to return as a guest for several shows, and he now serves as a member of the club’s advisory board.

“I knew that the Breakfast Club didn’t have a home base,” Cajuste said, “so once we started talking about the idea of having the club here, she jumped on it. It’s amazing to be part of an organization that’s dedicated to helping others. Sometimes in life, people get lost and we’re helping people find their way.”

Communicating with others in-person, Cajuste said, is what he looks forward to the most once the group begins to hold their meetings. “You don’t realize what you miss until you don’t have it anymore,” he said, “and I think a lot people have come to that realization during this pandemic.”

The Breakfast Club will hold their first meeting at G’s at a later date.